The Story of Icarus

In Greek mythology, Icarus was a boy who died because he ignored the warning of his father.

Icarus was the son of Daedalus, a great craftsman in the land of Crete. Crete was ruled by King Minos who hired Daedalus to create a labyrinth or maze in which to trap the dangerous Minotaur, a mythical creature that was half bull and half man. After creating the labyrinth, Daedalus fell out of favor with the king and the king imprisoned him within the Minotaur’s labyrinth. In order to escape, Daedalus created two pairs of wings out of wax and feathers for both he and his son Icarus. Before flying, Daedalus warned Icarus to not fly too close to the Sun or else the wax on his wings would melt and he would fall to his death. Icarus, because he was so caught up in the joy and curiosity of flight, ignored this warning and flew too close to the Sun. Icarus’s wings melted and he fell to his death.

The story of Icarus is a classic story which teaches the danger of ignoring the warnings of our parents or other wise people. Because Icarus was so excited about flying, he forgot about his father’s warning and it led to his death.

Discuss: How can ignoring the warnings of our parents get us in trouble?

Discuss: Can you think of other examples of people who ignored warnings and got into trouble?

Discuss: How can you work together as a family to spot warnings? 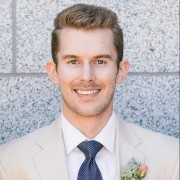