Get Posts by Email

The judicial Power of the United States shall be vested in one supreme Court, and in such inferior Courts as the Congress may from time to time ordain and establish. The Judges, both of the supreme and inferior Courts, shall hold their Offices during good Behaviour, and shall, at stated Times, receive for their Services a Compensation, which shall not be diminished during their Continuance in Office.

The judicial Power shall extend to all Cases, in Law and Equity (ie. contracts, fraud, accidents, etc…) , arising under this Constitution, the Laws of the United States, and Treaties made, or which shall be made, under their Authority;–to all Cases affecting

–to all Cases of admiralty and maritime Jurisdiction; (naval related)

–to Controversies to which the United States shall be a Party;

–to Controversies between two or more States;

–between a State and Citizens of another State,

–between Citizens of different States,

–between Citizens of the same State claiming Lands under Grants of different States, and between a State, or the Citizens thereof, and foreign States, Citizens or Subjects.

In all Cases affecting Ambassadors, other public Ministers and Consuls, and those in which a State shall be Party, the supreme Court shall have original Jurisdiction. In all the other Cases before mentioned, the supreme Court shall have appellate Jurisdiction (ie. tried in a lower court but can be appealed to the supreme court), both as to Law and Fact, with such Exceptions, and under such Regulations as the Congress shall make.

The Trial of all Crimes, except in Cases of Impeachment, shall be by Jury; and such Trial shall be held in the State where the said Crimes shall have been committed; but when not committed within any State, the Trial shall be at such Place or Places as the Congress may by Law have directed.

Treason against the United States, shall consist only in levying War against them, or in adhering to their Enemies, giving them Aid and Comfort. No Person shall be convicted of Treason unless on the Testimony of two Witnesses to the same overt Act, or on Confession in open Court.

The Congress shall have Power to declare the Punishment of Treason, but no Attainder of Treason shall work Corruption of Blood, or Forfeiture except during the Life of the Person attainted.

1) Can someone commit treason against their resident state?

1) No, but they may be classified as other crimes. Under the U.S. Constitution, treason is only applicable to the United States.

2) The Supreme Court has ruled that an enemy is a nation where we have a declaration of war. Since there was no declaration of war in Korea or Vietnam, nobody was charged with treason no matter how poor their behavior was.

Point for consideration: In colonial times, England’s penalty for treason was death by hanging until unconscious, reviving the individual, then disemboweling, beheading, and quartering. It gives new perspective to the courage of those who committed treason in signing the Declaration of Independence. 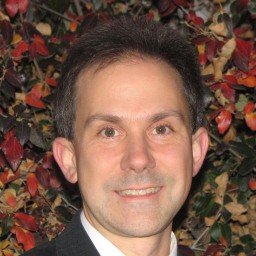 The Most Random Sentence Competition

Mindfulness Part 3: The Importance of Knowing Yourself

Doing Things Defines You – Stretch Yourself

Mindfulness Part 2: The Judgmental Monkey That Lives In Our Heads

Mindfulness Part 1: Life Is Simpler Than It Seems

The Dinner Table Was A Lively Marketplace of Ideas!